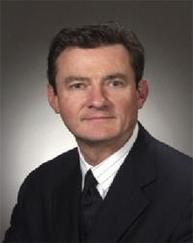 Tim Long, President of LongEDA, has worked as an investment banker or financial advisor specializing in public-private projects for over 40 years.  Mr. Long is also one of the most experienced bankers with respect to structuring real estate and sales tax TIF bonds in the U.S., having completed numerous TIF projects in over ten  states over the last 40 years.  Mr. Long has been involved in financing over 400 public-private projects for over $3 billion and has created many unique economic development bond programs throughout the U.S.

2003 - Mr. Long was recruited by Baird and became Managing Director of their Structured Finance Group and opened their first Ohio public finance office.

1987 - Mr. Long brought his broad economic development experience to Ohio and managed the public finance office for Miller & Schroeder. He lead the effort in creating the economic development bond programs that exist today in Ohio, including the Ohio Enterprise Bond Fund, and programs for the Toledo, Cleveland, Akron, Columbus and Dayton Port Authorities.

1978 - Mr. Long commenced his investment banking career and joined Miller & Schroeder, a boutique public finance investment banking firm.  He closed his first TIF bond in 1979 and helped structure the Minneapolis Bond Program in 1981.  He also structured a $50 million TIF project for the Mall of America in 1986.